We get new maps, but same GOP slime get to draw them? Lame

Originally, I was quite pleased when I saw this news drop yesterday morning.

In an order released Friday, the judges say Wisconsin must devise a new redistricting plan for the 2018 election and have it in place by Nov. 1, 2017.

State officials pledged to swiftly appeal the order to the U.S. Supreme Court. Should it withstand appeal, the ruling could reshape the 2018 legislative elections, giving beleaguered Democrats — now badly outnumbered in the Legislature — hope to win more races.

Cool, so we're goimg to get rid of this biased monstrosity. 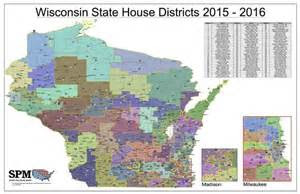 The plaintiffs nevertheless urge that providing the Legislature an opportunity to enact a remedial plan is impracticable here because Wisconsin’s elected branches have compiled an “objectionable” record of defending its unconstitutional plan. In some cases, such an exception to the general rule may be appropriate. The record in our case, however, contains no evidence of the malice or intransigence that would justify our abrogating such a fundamental principle. Although the state actors in this case certainly intended the partisan effect that they in fact produced, the record does not permit us to ascribe to them an unwillingness to adhere to an order of this Court or to conform the allocation of seats in the state legislature to constitutional requirements.

The plaintiffs further submit that, if we permit the Wisconsin legislature to redistrict, we should give it “[d]etailed [i]nstructions.” Several considerations militate against such a course. Consistent with our approach to remedying other constitutional violations, our only interest in the redistricting of the State is to “correct … the condition that offends the Constitution.” Swann v. Charlotte Mecklenburg Bd. of Educ., 402 U.S. 1, 16 (1971). “[A] state’s freedom of choice to devise substitutes for an apportionment plan found unconstitutional, either as a whole or in part, should not be restricted beyond the clear commands of the Equal Protection Clause.”...This very basic principle is grounded not only on the constitutional limitations of federal authority but also on the practical reality that it is the state legislature, not the federal court, that is “the best institution ‘to identify and then reconcile traditional state policies within the constitutionally mandated framework of substantial population equality.’” Gorin v. Karpan, 775 F. Supp. 1430, 1445–46 (D. Wyo. 1991) (quoting Connor v. Finch, 431 U.S. 407, 414–15 (1977)). The record in this case makes abundantly clear that the drafters of the 2010 reapportionment labored intensely over their project. Although, in the end, they produced what we have found to be an unconstitutional result, they wrestled along the way with many legitimate political considerations. Indeed, the record reveals that they produced many alternate maps, some of which may conform to constitutional standards. In any event, with the benefit of our ruling, state officials should be able to produce a map that, while conforming to the Constitution, will allow them to attain their legitimate political objectives. In our ruling on the merits, we set forth, at length, the nature of the constitutional violation at issue and the basis for our determination. Within this framework, it is the prerogative of the State to reapportion as it sees fit. It is neither necessary nor appropriate for us to embroil the Court in the Wisconsin Legislature’s deliberations.

With all due respect, judge- ARE YOU SHITTING ME WITH THAT??? Let's recall that when the Wisconsin GOP was redistricting in 2011, they went off-site so they could avoid open records requests, and literally swore members to secrecy as to the deliberations and plans for the maps. Those maps have now been found to be unconstitutional because it was one of the largest gerrymanders in US history that made Republicans "virtually 100 percent" guaranteed to stay in power, regardless of how the state voted as a whole?

Oh, and now we're going to trust these scumbags to "do it the right way"? On what fucking planet are these judges living on? I'm sick and tired of elected officials and judges thinking that "trusting the system" is an adequate remedy with these amoral fucks. They don't care about fair play and following rules, they just care about attaining and retaining power and money. You get that part, "wise judicial panel?" The only way these guys will EVER stay within the law is if they are forced to, or the consequences of breaking the rules and breaking the law are so severe that they have little choice (i.e. massive fines, jail time, and/or removal from office).

Look, it's nice that it's on the record that the Wisconsin GOP cheated and that a court has basically said their large majorities in the Legislature are not legitimate. But what's going to stop them and Walker from trying to pull a similar form of rigging on the new maps that are due on November 1? And since the federal court didn't give any guidance on the maps as to what was an acceptable level of "efficiency gap", it seems likely that the new maps will end up back in court anyway for an "up or down" vote. I don't even see any requirements for this new process to be open, something that Dem Assembly Leader Peter Barca and Dem Senate Leader Jen Shilling both noted, and both warned the GOP against.

While I have no confidence in the Republicans to produce anything close to a fair map, that doesn't mean we should just shrug and walk away. We know that the state's districts are out of order with the wishes of the state as a whole, and Jeff Singer at Daily Kos just broke down just how different these districts are.

In 2012, Obama defeated Romney 53-46 statewide, but only carried 16 of the state’s 33 Senate seats and 43 of its 99 Assembly districts. Trump, meanwhile, won the state by just 1 point, but ran away with an amazing 23 Senate seats and 63 Assembly seats. (Trump traded two Assembly seats that Romney won for nine Obama districts in the chamber.) In other words, by winning statewide by just a 48-47 margin, Trump carried 70 percent of the Senate and 64 percent of the Assembly. That’s insane.

Another way to look at this is to sort each seat in each chamber by Trump’s margin of victory over Clinton and see how the seat in the middle—known as the median seat—voted. Trump carried the median Senate seat 53-42 and took the median Assembly seat 52-42. That means that, under the current maps, Badger State Democrats would need to carry a ton of red turf to even have a chance at seizing a bare majority, no easy proposition.

Those changes in the 2016 election vs 2012 might also change the calculus that WisGOPs use when it comes to devising their next gerrymander (in addition to showing just how badly the Clinton campaign and the DPW dropped the ball in rural Wisconsin), and we need to prepare for that reality, as well as recognize the opportunities that happen if things snap back in 2018.

Bottom line- I'm happy the maps wil be changed, but really tired of crooked Republicans not facing real penalties for their disgusting behavior. Consequences must follow, and since the formal checks-and-balances of government aren't working to do it, I guess it's up to us.