That's not a surplus in Wisconsin. And other budget BS

I want to start my summary of the Annual Fiscal Report by correcting a common error. I’ve seen news reports and GOP press releases that say something along these lines. 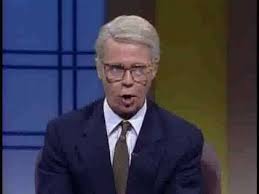 Here are the actual General Fund figures that were in the report released today.

In other words, that’s not a surplus in the last fiscal year, that’s a deficit. Yes, the ending cash balance of $135.6 million is much better than the $254,000 that was projected in the Governor’s Budget last Spring, but let’s not go celebrating the fact that for the second straight year, Scott Walker and the Wisconsin GOP put together a budget that overspent its revenues (the 2013-14 deficit was $242.3 million). Now there is very little cushion left in case there’s another shortfall in this fiscal year, in a time when the economy may be slowing down.

2. So how did we get to this "positive" cash balance when we had a Fiscal Year 2015 deficit projected in at the start of this year? Joint Finance Democratic Reps Gordon Hintz and Chris Taylor can help explain.

The $418.9 million difference between a January budget estimate by the non-partisan Legislative Fiscal Bureau and the current balance shows that increased tax collections of $71.4 million accounted for just a small portion of the budget fix. The majority of the “surplus” was manufactured from:

·Delaying a $108 million debt payment that was due in May of 2015, impacting the next budget in the form of additional debt service payments and interest costs

·Raiding $98 million from compensation reserves (increases in pay and benefits that were projected for state employees).

·Spending lapses of an additional $102 million.

That’s right. If the can wasn’t kicked further down the road, and if state employees weren’t (again) forced to bear the brunt of mistakes made by elected officials in budgeting, we would have ended up in the red for this year. Even after starting out over a half-billion dollars up.

And by the way, even with the skipped debt payment and the extra lapses, the total lapse for Fiscal Year 2014-15 was $534.7 million- meaning another $200 million more would have had to have been cut to reach 2016-17’s budgeted lapse of $740 million. And there are practically no compensation reserves to raid in this next budget, either. Ruh roh.

3. The Transportation Fund had its own upside surprise in this report, as the DOA reported that it ended up at a cash balance of $203.8 million- or $140 million above what was projected in the recently-passed state budget. The reason for that increase is derived from a variety of good bumps in revenue compared to the projections that were originally part of the 2013-15 budget.

It seems like motorists were driving more in Wisconsin and state residents got a few more cars in the last couple of years (makes some sense during an economic expansion), which means there’s more money to play with for future years. This would make it a lot easier to make a supplemental request to the Joint Finance Committee to release funds to help end some delays on state highway projects, or to help communities pay for their local roads instead of having property taxes raised or new wheel taxes imposed.

But while the extra $140 million in Transportation Fund money is nice, we still need another $210 million in new borrowing or tax increases just to avoid the numerous additional delays on key highways that are projected in the next 2 years. This is an issue that still requires major work and a reordering of priorities, which is work that Scott Walker and the Wisconsin GOP have refused to deal with despite increasing calls for action.

By the same token, just because we had an upside number that totals less than 1% of the General Fund budget, it does not vindicate Walker and WisGOP on the fiscal policies that put us where we are today. The reckless, deficit-ridden budgets from 2013-15 are the direct reason for the budget cuts to public education, state parks, and road repair that we are now dealing with. And barring an economic boom in the next 2 years that majorly raises wages and consumption in Wisconsin (hah!), we still will have major budget cuts to come.

So as this guy might put it, let’s not start enjoying each other’s popsicles quite yet when it comes to Wisconsin's budget situation.