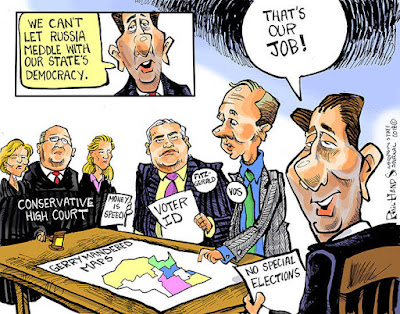 And speaking of that story about Wisconsin being 1 of 7 states that the Russians breached in 2016 - notice that state elections officials were still kept in the dark.

The U.S. intelligence community developed substantial evidence that state websites or voter registration systems in seven states were compromised by Russian-backed covert operatives prior to the 2016 election — but never told the states involved, according to multiple U.S. officials....

The officials say systems in the seven states were compromised in a variety of ways, with some breaches more serious than others, from entry into state websites to penetration of actual voter registration databases.

While officials in Washington informed several of those states in the run-up to the election that foreign entities were probing their systems, none were told the Russian government was behind it, state officials told NBC News.

The Department of Homeland Security apparently never contacted the state of Wisconsin before the elections, which is doubly odd given that U.S. Senator Ron Johnson is the Chair of the Senate's Homeland Security Committee. And as Bruce Murphy told us last year in Urban Milwaukee, Johnson was told before the November election that the Russians were interfering, but went along with Senate GOP Leader Mitch McConnell, who argued against going public with the information. 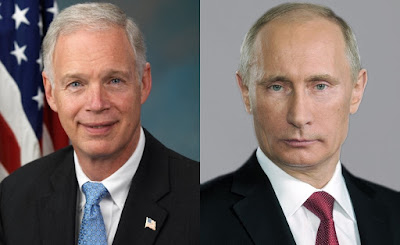 It's obvious that Ron Johnson and Donald Trump benefited from Russian trolling and propaganda along with WisGOP voter suppression to (allegedly) win the state in November 2016. And the fact that Johnson was getting a big nudge from overseas sure would explain why Johnson didn't tell his own constituents about the fact the Russians had hacked into state voter information, now wouldn't it?