Markets fall as Fed jacks up rates. And it all feels very stupid.

After Jerome Powell and the rest of the Federal Reserve reiterated this week that they wanted to crush inflation no matter what the consequences were, the stock market ended the week falling below a big benchmark.

The Dow notched a new low for the year and closed below 30,000 for the first time since June 17. The 30-stock index ended the day 19.9% below an intraday record, flirting with bear market territory. At one point, the Dow was down more than 826 points. The major averages capped their fifth negative week in six, with the Dow giving up 4%. The S&P and Nasdaq shed 4.65% and 5.07%, respectively. It marked the fourth negative session in a row for stocks, as the Fed on Wednesday enacted another super-sized rate hike of 75 basis points and indicated it would do another at its November meeting. “The market has been transitioning clearly and quickly from worries over inflation to concerns over the aggressive Federal Reserve campaign,” said Quincy Krosby of LPL Financial. “You see bond yields rising to levels we haven’t seen in years — it’s changing the mindset to how does the Fed get to price stability without something breaking.” 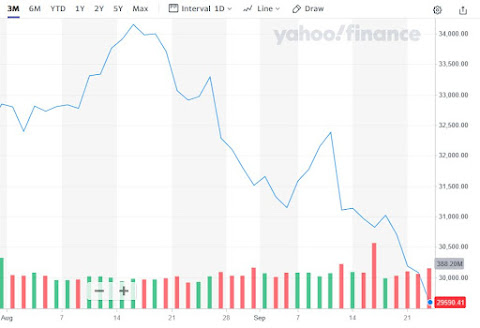 As Rick Newman of Yahoo News mentions, that transition includes the belief that there won't be a a "soft landing" for the economy.

A soft landing would be a consistent drop in inflation that doesn’t disrupt the labor market or squeeze economic growth too much. The stock market rallied from July to August because falling oil and gasoline prices and some other factors suggested inflation would abate without drastic action by the Fed. Investors bet on a soft landing. But August inflation came in surprisingly hot, pushing the Fed into shock-and-awe mode. “Fed on a warpath,” Bank of America warned clients on Sept. 23. “Overshoot and hard landing likely. Central banks will hike till something breaks.” Like other forecasters, BofA downgraded its outlook for the economy on the inflation news and the Fed’s shift to even tighter monetary policy. The bank now expects a recession in the first half of 2023, with unemployment rising from 3.7% to 5.6% by the end of next year. “The Fed's actions suggest to us that it is committed to reducing inflation and it appears willing to accept some deterioration in labor market conditions,” BofA researchers wrote. “We think our forecast is consistent with the Fed taking ‘forceful actions’ to slow demand, erring on the side of doing more than less.”

Are we really calling an increase of 0.1% in CPI in August "hot"? It was the 2nd lowest increase of the last 12 months, and oil has continued to fall, with futures now falling under $80 a barrel. This is all about Wall Street EXPECTATIONS, and now those traitors are heavily betting on the economy going bad. Some friends that do day-trading sent this item to me on Friday.

They're holding $46 billion worth of index futures net short, a record.

The only way things crash is if the Fed raises rates so high that Wall Streeters can't afford to borrow funds to pay their bills, and that job loss accelerates the decline in the housing market, which makes it go beyond people not being able to afford to move to another property. The job loss takes things to the next level because it causes people to not be able to make the payments they already are locked into. This is avoidable if the Fed simply backs off of its drastic measures. And is raising rates even going to do anything to give relief to Americans where it's needed - at the supermarket or in their electricity bills? US Sen. Elizabeth Warren is among those asking whether the Fed's moves affect the root causes of 2022's inflation.

The Fed’s interest rate hikes won’t straighten out supply chains or address corporate monopolies & price gouging. But they could throw millions of Americans out of work. I’m deeply concerned, and I’ll keep fighting for an economy that puts working people first.

Then again, a recession would hurt workers' abilities to get better wages and "slow" demand, which indirectly would lower inflation. That might be nice for corporations, but sucks for most Americans. September's drop in the markets and damage being inflicted onto what was a growing, job-gaining feels so stupid and unnecessary. And if it causes election results that favor GOPs who would love nothing more than to wreck things in 2023 and 2024 - both in the economy and at the ballot box - it might lead me to buy some futures in this. 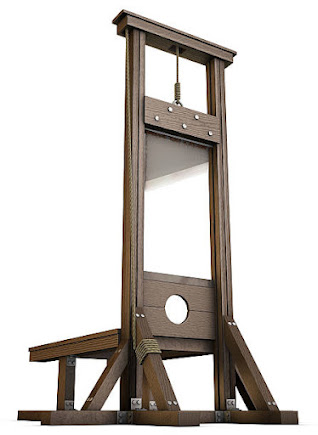