The JournalComm/ WisGOP lie machine goes off the rails

The Wisconsin right-wing's propaganda machine tried to smear Dem politicians again, but their attempt pull over lies on the voting public have been exposed and obliterated in the last week. In the wake of these incidents, it once again illustrates how Milwaukee's Journal Communications has chosen to link itself with these disgusting liars, destorying any integrity it may have left.

This time last week, the WisGOP lie machine twas trying to smear the husband of Dem Congressional Candidate Mark Pocan. One of the hack staffers for Pocan opponent, Chad Lee, claimed to receive threatening text messages from Phil Frank, Pocan's husband (they were legally married in Canada), and also claimed to have been beaten up. When later questioned by Madison police, the GOP hack admitted that he'd made the whole thing up, and Frank and others are considering suing for slander.

That in itself is disgusting weak sauce, but the Journal-Sentinel and Journal talk show hosts made it much worse by allowing the lying Lee staffer a platform to amplify these false charges. One of those that were instrumental in this was Journal-Sentinel columnist and WPRI spinmeister Christian Schneider, who printed a column on Sunday interviewing Kyle Wood, the lying GOP staffer, and put out the article without questioning the obvious holes in the story. You'll also notice the "retraction" that was later printed, in a small paragraph at the end of the story, where it could easily be ignored. That's what was left on the J-S website until later Tuesday, when it was pulled from the site altogether.

I'll let Urban Milwaukee's Bruce Murphy pick it up from there.


In an email, Schneider told me he interviewed Wood on Saturday afternoon, posted his story with the interview on Sunday morning, and after Wood recanted on Monday, Schneider left his posting up for a day with a disclaimer that his charges had been recanted. But late Tuesday, Schneider says, he decided to take the Wood interview down. “I didn’t see any benefit to anyone in keeping his baseless charges online.”

From a journalistic standpoint, that makes no sense. Schneider’s column is part of the historical record. Moreover, if there is any chance of a legal action (a charge by police against Wood, a libel suit by Frank against Wood), this column is quite relevant as it has many quotes from Wood that we now know perpetrated a fantasy.

But from the standpoint of protecting Schneider’s reputation, it certainly makes sense to take it down. Schneider now claims he was skeptical: “I was always aware that there was still a question as to whether the incident actually happened, which is why I titled the post in the form of a question.”

That's total bullshit Chrissy, and you know it. You wanted to throw this out there to make the Dems look bad, allow the lie to take hold in people's mind, and hopefully not be called out on it. Republicans pull this crap all the time, notably this week with Mitt Romney's blatantly false ads claiming Jeep would move production to China, which were so off-base that Chrysler and GM had to put out statements calling out Romney for his bald-face lies.

Even more remarkable was the response in Murphy's article from Journal-Sentinel David Haynes, who has overseen the J-S's 2 endorsements of Scott Walker and allowed it's editorial page to become the communications wing of the righties at Milwaukee's Bradley Foundation.


Editorial page editor David Haynes says the Purple Wisconsin columnists are not paid and are not edited or fact-checked by the paper. (By contrast, it pays Schneider a fee for his newspaper columns which are edited by the paper.) Yet Schneider in the past took down a Purple Wisconsin post he did, saying he needed to check the facts, and at the bottom it was notated “-Management.” Schneider did not reply to my email asking about this; Haynes says he suspects Schneider “was referring to himself.” That’s strange.

Haynes also says that had Schneider not taken down his erroneous story about Wood, “I would have done so. I see no value in continuing to circulate information that we have reason to believe is untrue. Christian’s follow-up post gave a sense of the original, which should satisfy curious readers.” But since when does the newspaper expunge erroneous stories? And if Haynes is not editing Purple Wisconsin columns, why would he be making decisions about whether to take one down?

The double-talk is amazing- either Haynes has no idea what he's doing (hey Dave, as editor YOU are responsible for the content on your paper's site, not the hacks you give space to), or he's lying to Murphy. Either scenario should cost this bum his job. 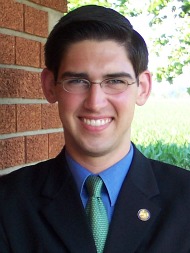 They even look like smarmy d-bags
Other parts of the Wisconsin right's lie machine got involved in this mess as well. The smear merchants at Media Trackers claimed they had the offending texts threatening the lying staffer, ran an article with the false allegations, and then Media Trackers "journalist" Brian Sikma went on the radio show of fellow GOP liar Charles Sykes on AM 620 in Milwaukee (owned by Journal Communications) repeating those false allegations. And Isthmus's Judith Davidoff goes over the failures of Sikma and the right-wing noise machine from there.


...Sikma failed to do what professional reporters do: namely, confirm allegations before publication.

Sikma declined to elaborate on how he verified the story from Wood. "It would appear that Mr. Wood is the one that should be answering a lot of questions," he responded in an email to Isthmus. [ed.note] Yes Brian, the problem is with the lying political figures, not with the journalists who are supposed to know better and question them. Are you fucking kidding me?

After Wood recanted his stories, Sikma wrote a subsequent post noting that "individuals who know Wood verified the accuracy of his claims" but that the claims turned out to be untrue. But he took no responsibility for failing to check out Wood's sensational claims. "Media Trackers regrets that we were repeatedly lied to and misled. We regret that our readers were subject to the dishonest claims of a dishonest individual."

Critically, Sikma never asked for physical evidence that the texts were real or attempted to verify them with the alleged perpetrator.

"We can confirm that he never reached out to Phil or the campaign," says Dan McNally, Pocan's campaign manager.

UW-Madison journalism professor Katy Culver notes that Media Trackers promotes itself as a check on the allegedly liberal bias of mainstream media. But, she says, "If they're going to serve as an alternative voice, they have to have proof they can be trusted. They have to go through the same journalistic processes of verifying information that reputable news organizations go through. And I just don't see that."

Well, that's because Media Trakkkers isn't a reputable news organization-they're an invention of the right-wing Amercian Majority, with Media Trackers-type branches in several other states, and the start-up funds for Media Trackers came from the Bradley Foundation- whose CEO was Scott Walker's campaign manager in 2010, and was recently  outed as one of the sources of the racist "voter fraud is a felony" billboards that were later taken down in SE Wisconsin.

Now if right-wing scumbags like the Bradley Foundation try to set up their alterantive reality, or if Chrissy Schneider and Brian Sikma don't care about having any integrity and feel it's OK to make a few bucks whoring for those oligarchs, I suppose that's part of the game, as lowlife as I think that is. But I have a major problem with Journal Communications giving these toolboxes a megaphone through their newspaper, 620 AM radio station, and WTMJ-4 TV (where Sykes had Sikma on for his show on Sunday). These guys have been proven time and again to be factless rumor-mongerers, and do not come close to resembling someone who can give honest assessment of situations. This is not what opinion columnist is supposed to be - a person who deals with the facts on the ground, and gives their interpretation of WHAT SHOULD BE DONE about it. The Schneiders, Sikmas, Sykeses, and Wagners of the world aren't dealing with reality, and are literally making up events, such as the lying staffer for Chad Lee claiming to be beaten, and Sikma's claims on Sykes' TV show that Tammy Baldwin voted against body armor for the troops when the bill she promoted had nothing to do with body armor.

These toolboxes are throwing crap against the wall to try to help the Republicans win elections, and do not deserve the credibility of being a source of information from a legitimate media organization. But Journal Communications apparently does not care about having legitimacy or balance (the next left-wing show on AM 620 or TMJ-4 will be the first), and continues to allow these people a chance to pollute the airwaves of Wisconsin with their lies and one-sided deceptions. So if they choose to allow this to go on, we have no other option but to assume that JournalComm is under orders to go on this path, which isn't a bad assumption given that JournalComm CEO Steven Smith sits on the MMAC board that allowed hundreds of thousands of dollars to go to Scott Walker's election campaign in 2012.

Our recourse as critical consumers of media is to understand that JournalComm is a willing participant in the right-wing propaganda machine, and to stop consuming their crap until they clean up their act. We also must constantly call out these abuses of media power that the Sykeses and Schneiders try to pull, so that bystanders understand that just because it says "Wisconsin's news leader" on the promos, it doesn't mean WTMJ is a legitimate station.

Because TMJ and the Journal-Sentinel editorial page have chosen not to be professional, honest brokers at this point, they have allowed illegitimate opinions to debase this state nearly to the point of disrepair. Only by exposing and smashing this right-wing media empire will Wisconsin begin to get back to the great place it once was. Hammering ALL Republicans at the polls on Tuesday would be a great start, to show that we're not fooled by the Bradleys' media bullshit.