A few DNC thoughts as I return to civilization

Back from up North. Just a few thoughts on this week's big event in Philly.

The DNC Convention has alternately infuriated and gladdened me. The DNC Leaks thing honestly was more disappointing than shocking, because it was pretty obvious that the DNC was trying to slant things for their girl Hillary. That's what a lifetime of connections and careerist attitudes will do for you. That mentality and favoritism was one of many reasons I felt the Bern this primary season.

On the flip side, when you can bust out Michelle Obama, Elizabeth Warren, and Bernie Sanders as the mere openers, before the Big Dog, the President, and the nominee step in? Yeah, you're doing alright. ANd some of these stories and speeches are the true American Dream, and you can't help but be inspired and uplifted. The problems that I see with the Dems have little to do with the many of the people that we see on stage speaking for the party, especially the ones who SPEAK THE PARTY'S VALUES, which is something we don't see enough here in Wisconsin.

Here is the central problem- the DNC and DPW careerist hacks. I have dropped a few "FUCK YOU"'s to these smug fools on Facebook in recent days, and they have earned them for their denials of reality of the Party's issues in attracting voters in rural/Middle America. After seeing the GOPs run this state into the ground, but still command pretty much all levers of government, I don't know how any Dem party person from Wisconsin can honestly say the situation is acceptable, and that we should "trust the process." Even one of the hacks' main arguments for backing Clinton- that she would help downticket through her organization and Clinton Cash connections- was shown to be bullshit in a big story released by Politico today.

Leaked emails show the Democratic National Committee scrambled this spring to conceal the details of a joint fundraising arrangement with Hillary Clinton that funneled money through state Democratic parties.

But during the three-month period when the DNC was working to spin the situation, state parties kept less than one half of one percent of the $82 million raised through the arrangement — validating concerns raised by campaign finance watchdogs, state party allies and Bernie Sanders supporters.

The arrangement, called the Hillary Victory Fund, allowed the Clinton campaign to seek contributions of hundreds of thousands of dollars to attend extravagant fundraisers including a dinner at George Clooney’s house and a concert at Radio City Music Hall featuring Katy Perry and Elton John. That’s resulted in criticism for Clinton, who has made opposition to big money in politics a key plank in her campaign platform.

Hey DPW, can we get our Hillary Victory Fund money now? Or are they just laundering for Hills because it's a way to use more money?

But even with all the sketchiness, like Bernie Sanders I also believe in math and know the score, and will definitely pull the lever for Hillary this November. Competence and belief in democracy should be a low bar to clear, but Drumpf can't even clear that, and I don't think Hillary will have the Russians hack the opposing party for her like they apparently did for Drumpf. That's before we get into the ideological issues and the difference in appointments (major advantage Dems there), so I'll vote HRC and concentrate my efforts and interest downticket (RUSS and the state Legislature)

Wish I could have had more time up North, but reality, houses and other stupidities call. So goodbye to this for another year. 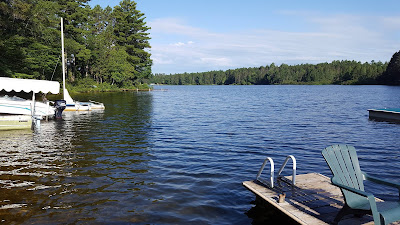 There's gotta be something else to lift my spirits on this day (well, until the Big Dog lets loose tonight). And I think I just found it. 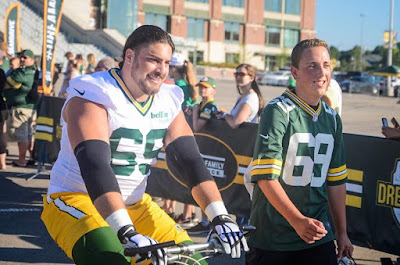