Seriously, what the hell is Paul Ryan talking about here?

I know Purty Pau-LIE is a fraud, but does the guy ever look at, you know, ACTUAL NUMBERS? We certainly don't lead when it comes to looking at the 50-state coincident indexes produced by the Federal Reserve Bank of Philadelphia, which bases its number on the following.

That stat says Wisconsin has the worst economic growth in the Midwest since Walker took office in January 2011. 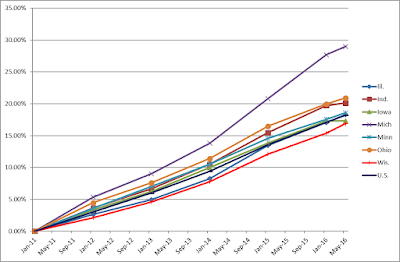 And it isn't job growth, we're dead last in the Midwest for that as well, according to the "Gold Standard" Quarterly Census on Employment and Wages. 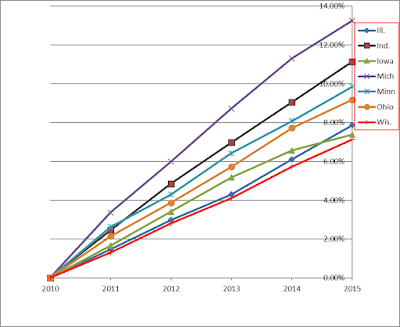 And I'm guessing Ryan isn't talking about how the fact that even under the "Obama Economy", the Walker jobs gap is 85,000 behind the US rate as of May, even with a fluky narrowing of that gap in 2016. 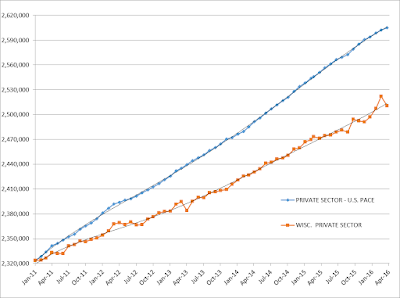 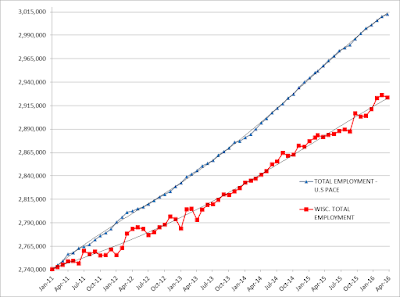