I have now used the Census numbers to draw up the final of my 3 redistricting maps in Wisconsin - the Wisconsin State Senate. This goes along with my prior Wisconsin maps of Congress, and the State Assembly. Much like with my Assembly map, I tried to keep the maps relatively compact and with common communities connected and major population centers not split up, if it at all possible. And the red vs blue breakdown is based on statewide election totals between 2016 and 2020. 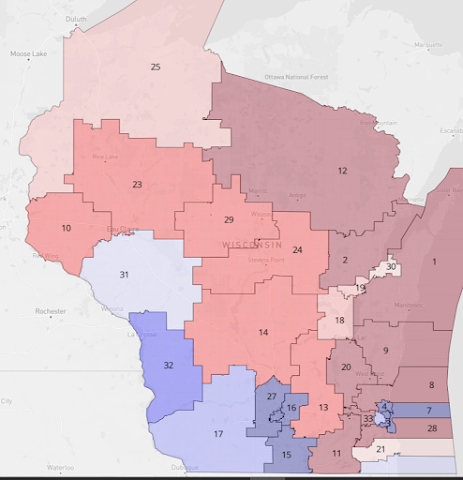 Compare that to the current Senate map, which at first glance has Republicans in charge of more districts that are "closer" than the dark red ones that are seen in a lot of my map. 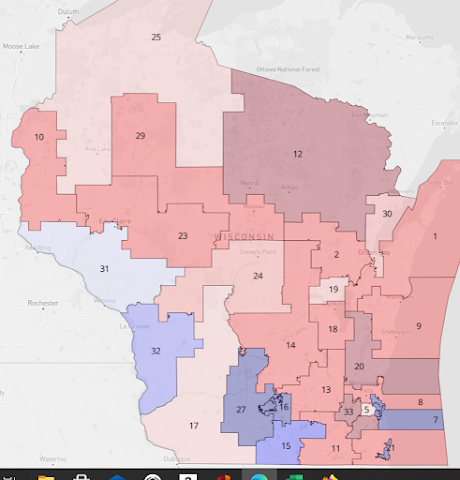 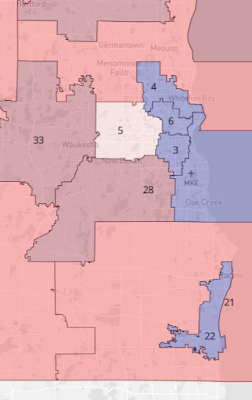 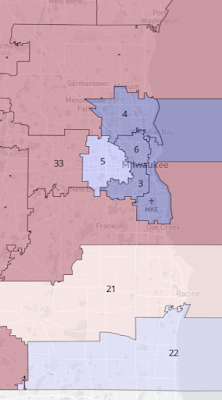 In South Central Wisconsin, the population growth of Madison and Dane County means that the land area has to be shrunk compared to what exists today (for example, District 26 in Madison had over 200,000 people in the latest Census, while the target Senate district should be around 178,600 people). So I shifted the District 17 south and east, and the 13th and 15th districts take up a bit more of southeastern Dane County vs today, and the 14th district is kept out of Dane County and made into a district that is contained outside of the Madison metro area. Current map 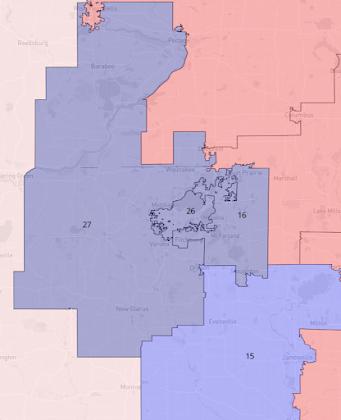 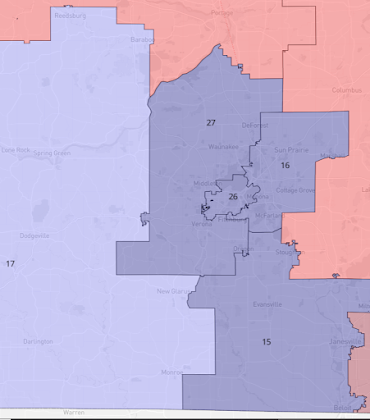 And going to the Fox Valley, you can see that my map tightens up districts around Appleton and Green Bay (and makes them more competitive), and I connected Oshkosh to Neenah/Menasha, which is a notable change from the current map, which connects Oshkosh to Fond du Lac. 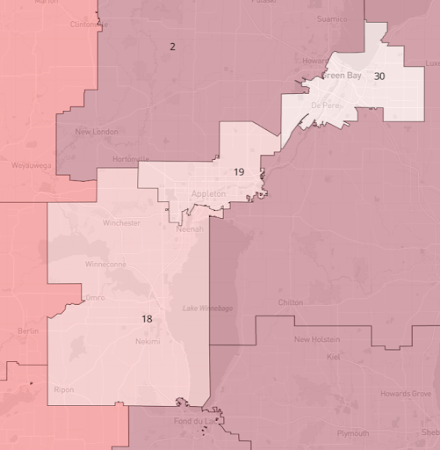 Sure, the numbers favor Republicans with the map I made, but what's a key difference is that a 5-point change in voting habits can flip the Seante to Dems in my map, vs 7 points in the current map. But even though Dems would gain 2 seats in a base year, they also can lose more seats if the GOPs were ever to win the state by 10 points or so. And I definitely think it's an improvement over what we have today. Feel free to dig in and tell me what you think!
Posted by Jake formerly of the LP at 11:13:00 AM