Wisconsin nurses can't get licensed because of WisGOP sabotage

There’s been an issue looming in recent months, and I wanted to dig into it at various points. But because I have a real job and a real life, I didn’t put it all together into a post. And then Corinne Hess of the Milwaukee Journal-Sentinel ran an in-depth article this morning describing how Wisconsin nurses are losing opportunities because they can’t get their licenses from the state.

Wisconsin nurses frustrated by long delays at state license agency. Careers in the high demand industry are put on hold. https://t.co/rQYgzHPK2F via @journalsentinel

Wisconsin nurses have been making calls, sending emails and faxes and hearing nothing back for months as they wait for the state to issue them licenses. They're frustrated and eager to work in a high-demand industry, but stymied by slow approvals at the state Department of Safety and Professional Services. The delays have resulted in political finger-pointing between GOP legislators and the administration of Gov. Tony Evers, a Democrat. And it's been seized upon as a potential issue by Evers challenger, Republican Tim Michels. Since the Milwaukee Journal Sentinel reported on the delays Aug. 18, several nurses and other health care professionals have come forward to discuss the impact on their lives. They waited months, been suspended from work after training or unable to advance their careers because the hold up at the agency.

And that’s not an acceptable situation, especially in nursing where there is an alarming shortage of available help for people who can’t wait on services. But I got furious when I saw Republicans trying to use this as some kind of cudgel against Governor Evers. Because it’s Republicans in the Legislature that have gotten in the way of any attempts to solve this problem. The nursing shortage was discussed at a committee meeting at the Capitol 3 weeks ago, and featured these bits of information, which showed less staffing at DSPS, and a ton of money locked away that could be used to staff up.

On the other hand, that section of DSPS is sitting on a projected $36 million.

The agency says it'd like to hire more workers or boost pay for temp staff, but it needs the legislature's permission to touch that money. It hasn't gotten that permission. pic.twitter.com/l8Ckv6Qfqv

In addition to the $36 million that is sitting around in that DSPS account, do you also see the $1.5 million that is being sent to the state’s General Fund? The same General Fund that is projected to have nearly $5 BILLION in the bank when we get the year-end revenue figures in the next couple of weeks? That $1.5 million that gets funneled to the General Fund could be kept with DSPS, and pay for temporary help to clear the backlog, getting these qualified workers licensed and able to help the best they can. But approving that funding change and those new jobs would require the full GOP Legislature to end the paid vacation they’ve been on since March, so that’s not happened. But the GOP’s BS double-talk on this issue goes well past doing nothing today. Governor Evers wanted to speed up licensing at DSPS 18 months ago, and the GOPs blocked him. Take a look at this Legislative Fiscal Bureau budget paper from Winter 2021, which described what Evers wanted to do in the last state budget to improve DSPS’s license staffing.

1. [Evers’ proposed State Budget] would provide $907,900 PR in 2021-22 and $1,178,100 PR in 2022-23, and 14.0 PR permanent positions, beginning in 2021-22, and 2.0 PR two-year project positions beginning October 1, 2021, to increase staffing for DSPS. The attachment shows the division, position title, and associated funding for each. The 2.0 project positions and 8.0 of the permanent positions would be provided to support [the Division of Professional Credential Processing], with corresponding funding of $537,100 PR in 2021-22 and $689,200 PR in 2022-23. 2. Four of these positions -- the 2.0 license and permit program associates (LPPAs) provided on a project basis and 2.0 of the paralegals -- would work to process health credentials, such as physicians and registered nurses. The Department indicates that it receives an annual surge in applications for these credentials in May through August, corresponding with college graduations. During this time, DSPS estimates that workload exceeds the health team's normal staff capacity by 45%, or approximately the equivalent of 5.5 full-time positions. DSPS indicates that the additional paralegals would improve capacity to handle the more complex credential types, such as physicians. The LPPAs would increase the agency's capacity to receive and process applications and other required documents, process national and state examination scores, review applications, and respond to questions and concerns from applicants. DSPS also indicates that improving processing time would increase efficiency for the team as a whole by reducing the number of calls from applicants inquiring as to the status of their application.

Evers also wanted to add 4 more positions to DSPS’s customer service call center in the budget, to allow for easier access to those with questions. All of these positions would have been paid for with license fees and other Program Revenue – ZERO tax dollars. The GOPs on Joint Finance didn’t want that to happen, and drastically cut back on Evers’ request. They only allowed half of the 4 health-related licensing positions to be added, and only approved 1 of the 4 new call center jobs. And now these GOP jackwagons are complaining about delays in those licenses being filled? Spare me the crocodile tears, and let’s call it what it is. 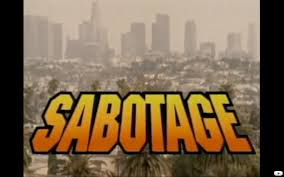 Which is how GOPs roll. They try to tie the hands of any Dems in charge, and then when problems inevitably don’t get solved, they squawk to the media that “Dems can’t govern. We shouldn’t license nurses/other jobs anyway,” and other BS. I got hot when I saw where this was going, because if there’s something I can’t stand in politics, it’s cynical, dishonest stuff like this. It assumes voters are stupid, and it’s adolescent garbage from people who know better. So I said a few things this morning on the Twitter machine that I’ve mostly repeated in this post. And it got the notice of the Big Guy at the DPW.

Wisconsin Republican politicians—from the state legislature to Ron Johnson—have a pattern: try to block Democratic efforts to solve a problem, then use the problem to campaign against Democrats. It's cynicism distilled—the kind of political games that voters hate. https://t.co/ZCNRv59six

Thanks Ben. GOPs are counting on voters not understanding why nurses can't get licensed, but they're not counting on those voters to understadn why, We can’t these GOP lowlifes off the hook for the problems that they have ACTIVELY CHOSEN NOT TO DEAL WITH.
Posted by Jake formerly of the LP at 5:02:00 PM