In the fallout of a crazy stretch of heat and severe storms last month, many northern Wisconsin communities will be getting help in repairing the damage.

State and federal agencies have verified more than $19.5 million in damage from thunderstorms, tornadoes and flooding from the storms between July 18 and July 20.

Tuesday's declaration allows local governments affected by the storms to apply for aid. The program is not for businesses or homeowners. 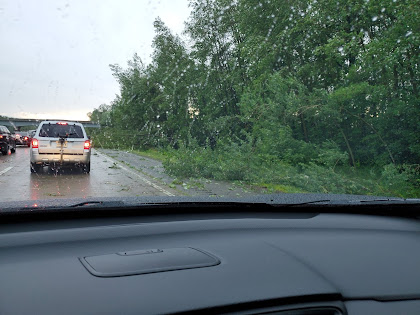 It’ll help for the Feds to pay 75% of that bill, although it still puts some costs back on state and local government. And the storms certainly caused a lot of stress in the meantime, with power outages and roads and buildings needing to be repaired.

Weather is also playing havoc in the Midwest in another way, as fewer crops combined with still-low prices are combining for serious strains for Midwestern farmers.

A survey conducted by Farm Futures showed that 53% of respondents said 2019 is the most difficult year they’ve faced as farmers -- that includes 49% of baby boomers and mature growers, who lived through the 1980s farm crisis, according to the poll of 711 growers carried out from July 21 to Aug. 3. Results of the survey are being released at the Farm Progress Show in Decatur, Illinois, Wednesday.

Growers already suffering from years of depressed prices are now contending with the loss of export markets as President Donald Trump’s trade war with top soybean buyer China drags on. Farm debt is expected to rise 3.9% this year to $427 billion, according to the U.S. Department of Agriculture. And last year, farm debt-to-income was at the highest level since 1984.

“American farmers are under as much or more stress than during the farm crisis, exacerbated by 2019’s extreme weather patterns,” said Holly Spangler, executive editor at Farm Progress and editor of Prairie Farmer…

Two-thirds of the farmers polled agreed that weather disruptions are making financial pressures worse. The survey also found that younger producers are more likely to be stressed than baby boomers or mature farmers as they usually own less land and are less financially secure.

Stress was also correlated with growers ability to plant. Farmers with higher stress reported they weren’t able to sow a greater percentage of their acres than the average grower. American producers were unable to seed a record 11.2 million acres of corn and 4.35 million acres of soybeans, according to the USDA Farm Service Agency’s August report.

But even with all of that unplanted acreage, it hasn’t translated into higher prices. Corn prices have dropped more than 20% over the last 2 months, and soybeans are back at the levels they were at in late Spring. 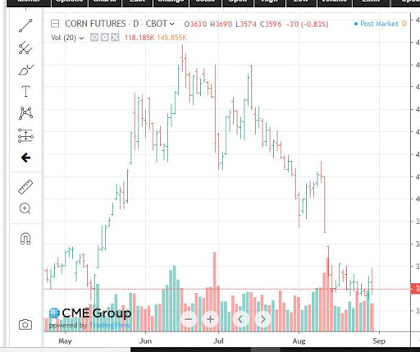 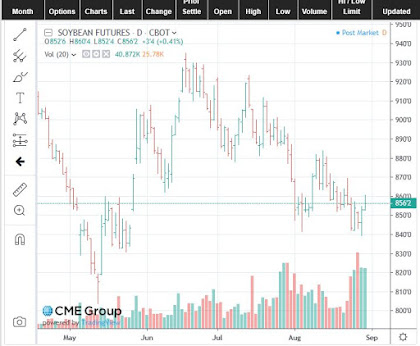 How does that happen when the lack of acreage should mean a shortage? Becayse farm reports indicate more corn and soybeans can be harvested in each acre. Combine that with a lack of exports, and there’s still surplus crops in this country that is crashing prices.

These Midwest weather issues may be relatively small compared to the Category 4 hurricane that is likely to crash into Florida around Labor Day, but they certainly are causing plenty of inconvenience and economic concerns. And I can’t see the trend of more volatile and costly weather changing any time soon, so maybe our political leaders should care more about this, instead of the GOP mentality of “out of sight, out of mind.”