Milwaukeeans pay for cops to help others, but the City doesn't get paid back

One item that many people don't know about is how many levels of government have to work together to keep things moving smoothly. And a recent report that the Joint Finance Committee received that illustrates what the state will pay for Municipal Services brought it to my attention.

To start, here’s a good description of how the Payments for Municipal Services program works.

Through the payments for municipal services (PMS) program, the state has provided annual payments since 1973 to reimburse municipalities for all or a portion of property tax supported expenses incurred in providing services to state facilities, which are exempt from property taxation. The intent of the program is to aid in the reduction of local property taxes by making an equitable contribution toward the cost of certain municipally provided services….

PMS payments are made for fire and police protection, extraordinary police services, solid waste collection and disposal, and other approved direct services. Municipal services such as water, sewer, and electrical power that are financed in whole, or in part, by special charges or user fees must be paid for directly by the state agency responsible for the facility receiving the services. The annual entitlement for each eligible municipality is determined largely by formula and, in a few instances, through additional negotiation with DOA. The formula attempts to approximate the amount of reimbursable services provided to state facilities that are financed out of local property tax revenue. Under this formula, entitlements are calculated as a percent of municipal police, fire, and solid waste costs, with the percent being calculated as the result of the value of state facilities as a percent of the combined value of taxable buildings and state facilities multiplied by property tax revenues as a percent of county and municipal aid, expenditure restraint, shared revenue utility aid, and property taxes combined. Entitlements are calculated on the basis of previous calendar year fiscal information.

Basically, state buildings of all sorts don't pay property taxes, but because they require local communities to have more cops, firefighters and garbage pickup, the state doesn't want to totally free-ride off of that (or be forced into hiring people to do their own security).

As recently as 2008, the state set aside nearly $22 million for this program, and it paid communities for more than 81% of those allocated costs. Then that program was cut in both 2009, and (especially) in Scott Walker’s first budget in 2011, and now it sends out less than $18.6 million a year to those same communities. At the same time, the value of state buildings has continued to go up, and the costs of these services has also continued to go up.

As a result, only 34.66% of these costs will be paid back by the state in 2020, less than half of what was paid a decade ago, and quite a bit less than the 38.90% that was paid back in this year. Not surprisingly, the City of Madison is the largest recipient of these funds, given that there are so many state offices and university buildings that don’t pay property taxes to the Mad City.

But interestingly, Madison is getting a big boost for these funds, even with the state paying a smaller share, because state buildings in Madison added nearly $940 million of value last year, and now exceed $6.6 billion. So because Madison is getting more of these aids, most other Wisconsin communities get cuts for next year.

Like most intergovernmental revenues, it’s one piece of a larger pie. But the addition or subtraction involved means something else has to be made up for. And it’s yet another area where the City of Milwaukee is hamstrung without the ability to make up the difference for those state aid cuts.

That type of service-sharing is also costing Milwaukee when it comes to offering police support to Summerfest, which garnered quite a bit of attention in the City’s budget battle for this year. 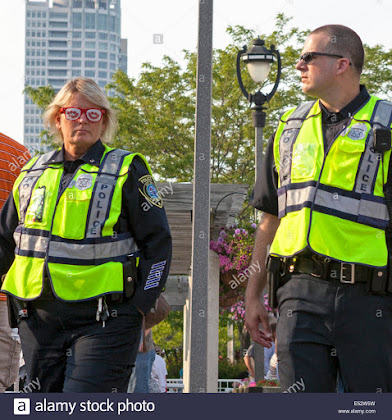 MPD spent $813,000 on securing Summerfest and directing traffic in the surrounding neighborhood this year. Summerfest’s contribution to this? $134,392 plus its annual rent payment. Milwaukee World Festival, which subleases the grounds to other festivals, will pay $1,475,000 to rent the 75-acre park this year.

The public safety payment was added in 2009 as part of a lease extension, but the city now finds itself spending substantially more to keep the festival secure. Since 2011, the city’s policing costs have increased by 159 percent. By contrast, agreements with the Milwaukee Bucks and Milwaukee Brewers have the city getting reimbursed dollar-for-dollar for policing to secure Fiserv Forum and Miller Park….

Multiple council members have pointed out that the lease agreement with Summerfest gives the city the discretion to provide the security it feels necessary and the city should use that as leverage.

“When those officers are down there, they’re not patrolling our streets, they’re not in our neighborhoods,” said Ald. Michael Murphy. “As our budgets get tighter and tighter, it’s harder and harder for all of us to go back to our constituents and so no I’m sorry the officers have to be down at Summerfest grounds.” Murphy and Coggs pledged not to let the issue go.

I’ll add that the City doesn’t get a DIME in extra revenue with all of the sales of stuff at Summerfest, because there is no city sales or income tax. They also lose out on the potential development value of this expansive lakefront property, because Milwaukee World Festivals is a non-profit.

And I wonder how we solve these conundrums, as local communities like Milwaukee continue to lose out in shared revenues, but they still provide the services with few ways to make up for it. How much longer are we going to accept other services in communities to get reduced due to the lack of help from other governments and non-profit organizations?

I also wonder when a place like Milwaukee (especially) and other places who offer tax-funded services to other entities decides "SCREW YOU. Figure it out yourself", and walks away. I bet from the state side, they'll start shelling out really fast instead of having to hire their own personnel or give it to rent-a-cops. And it seems like a conversation that needs to be pushed sooner than later.