GOPs want to handcuff Evers on stimulus $$$. Because they don't want things to get better

Wanted to do a breakdown of yesterday's action in the Wisconsin Legislature, where the Republicans in charge put a bill on Governor Evers' desk that deals with control over the billions that is coming to state government as part of the recently-passed stimulus. Here’s the bill, which would not only handcuff Evers from discretionary funds that are given to the Governor’s Office, it also would give the Joint Finance Committee veto power over money that is earmarked for state agencies and moved down to local governments.

And you can guess who is in favor of these fiscal handcuffs. 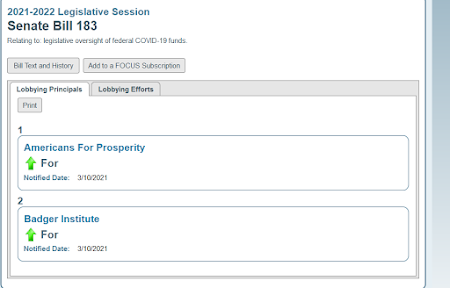 Koched-up front groups. SHOCKER! Now let's dig into the Legislative Fiscal Bureau’s rundown of the billions the state will get from the American Rescue Plan. Many of the funds going to the state will be used to fill in budget holes that would otherwise exist, and one of the largest areas that is getting help is education, which adds to the sizable amount of federal aid given to education in 2020. In order, the three programs listed here include aid to K-12 public education (ESSER), K-12 private schools (GEER), and postsecondeary education.

While the state is set to get all of these funds for education, there are a couple of significant strings attached.

The ARPA also includes an estimated $54 million for educational services to children with disabilities, which saves the state and the local school districts from trying to come up with more funds to pay for these still-underfunded services. This means that there should be a large increase of funds available for K-12, at least as far as the state + federal part is concerned. Which also means that there is a significant opportunity for schools to be funded and have property taxes reduced for schools at the same time. This can be done by continuing overall revenue limits that both increase funds for schools and limit property taxes at the same time. Along the same lines, there also is a lot of money that goes to local transit agencies and airports, which prevents those communities from having to throw in extra property tax dollars and/or cuts for those services and facilities (as well as frees up resources for other things). Similar federal aids get increased for rental assistance and other services that are often carried out at the local level. The state will also get millions of dollars to help pay for administration and oversight of the higher amount of people in need of SNAP, substance abuse/mental health assistance, and unemployment benefits. But that would increase the efficiency of those state services, and might make it easier for Wisconsinites to receive the help they need, and that’s something that Republicans really don’t want. Not surprisingly, Governor Evers is not going to allow the gerrymandered Legislature the ability to handcuff him from using stimulus funds.

Evers' spokesperson has already confirmed that the governor will veto the plan, and while Republicans have big majorities in both the Assembly and Senate, they're not big enough to override a veto without Democratic help.

But WisGOPs are still saying they’ll try to tie this aid up.

Vos, the Assembly speaker, signaled that if that happens, Republicans could sue. "I believe that the governor's decision to take the money without any legislative involvement is unconstitutional," Vos said. "If, for some reason, the governor chooses to veto this bill, we will have no choice but to go to court, because the constitution is crystal clear." (other than the stimulus law saying the money goes to the Governor, and that there is not a damn thing that limits the Gov from using those federal funds). 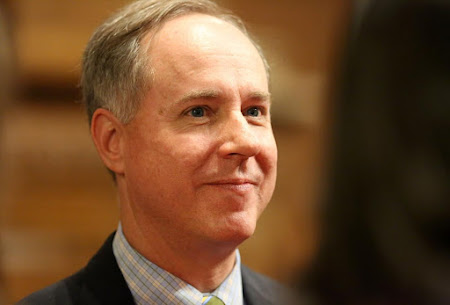 Also not surprisingly, Robbin’ is taking a different tact than he did in the March before an election year when a GOP President was up for re-election.

The statement marked a shift for Vos, who just last year told Evers in a public letter that the governor had sole authority to spend federal money as part of the first federal coronavirus relief bill.

But now things are different because...it's Biden that's president? And because the gerrymandered GOP Legislature passed yesterday has one goal in mind - 2022.

Wisconsin Republicans are sending back billions of dollars of federal aid because they want Governor Evers and President Biden to fail.

This is exactly how Dems should be messaging, because that is all Republicans care about these days. GOPs don’t give a damn what happens to Wisconsinites that aren’t part of their inner circle – in fact, WisGOPs feel their chances for takeover in 2022 are higher if things get worse. So they’re going to try anything to make things as chaotic and dysfunctional as possible.
Posted by Jake formerly of the LP at 6:29:00 PM