One day after Governor Evers released his plan for how he plans to use the large amount of money coming to Wisconsin as part of the recently passed stimulus bill, the WisGOPs in the Legislature released their own plan for what to do with some of those billions.

While Assembly Republicans on Tuesday praised [Evers'] proposed investment in small businesses and the tourism industry, they also called for using $1 billion of that money to send rebate checks to Wisconsin property owners. That would provide what Rep. Mark Born said would be an equivalent of a 10% return on property taxes. While the $3.2 billion in federal money can't be used for tax relief, Born, the Joint Finance Committee co-chair, said he didn't think the Assembly GOP framework would violate that provision. Instead, the state would use tax bills to determine how much aid to provide to property owners. 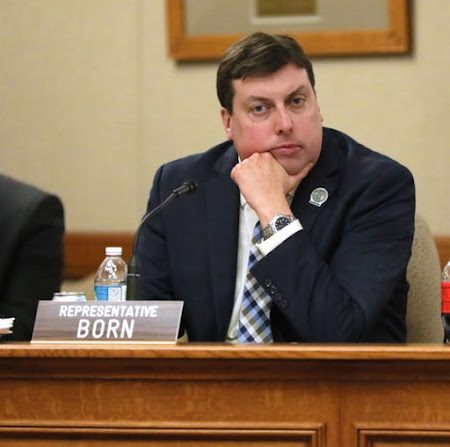 Theoretically, the WisGOPs would give a rebate to people who paid propety taxes earlier this year, so they claim it wouldn't be a "tax cut." I suppose they can try it that way, but it is interesting that WisGOP wants the money would go to property owners, because guess who's more likely to own property in Wisconsin?

Yeah, what about the renters, Mark?

.@repborn said the GOP plan didn't include help for renters because they are already getting assistance under other programs.

Hmm. Well, let's look and see what Wisconsin renters might be getting from the stimulus, based on what the Legislative Fiscal Bureau wrote up last week.

Emergency Rental Assistance. The Act provides $21.55 billion for emergency rental assistance. It is unknown how much will be allocated to Wisconsin. Eligible households may receive up to 18 months of assistance with rental payments, rental arrears, utilities and home energy costs, or utilities and home energy costs arrears. Up to 15 percent of funds may be used for administrative costs and up to 10 percentmay be used for case management services. Funds must be used by September 30, 2027. Under the CAA, $25.0 billion was allocated for emergency rental assistance, of which $386.8 million was allocated to Wisconsin. Tenant-Based Rental Assistance. The Act provides the federal Department of Housing and Urban Development (HUD) $5.0 billion for tenant-based rental assistance to low-income households under the Housing Choice Voucher program. An estimated allocation to Wisconsin recipients is not currently available. However, under the previous allocation of funding for tenant-based assistance under the CARES Act, Wisconsin is estimated to have received 0.74% of all funding. Assuming a similar allocation, it is estimated that $37 million in tenant-based funding would be directed by HUD towards low-income tenants in Wisconsin. The Wisconsin Housing and Economic Development Authority (WHEDA), in conjunction with local public housing authorities, administers federal vouchers in Wisconsin. Vouchers provide rent subsidies to individuals who have flexibility in selecting their residence. In federal fiscal year 2020, Wisconsin was allocated $189 million in federal funding, supporting 31,900 vouchers.

It's definitely quite a bit of help, but it totals less than $400 million vs the $1 billion WisGOPs want to rebate to property owners. In addition, that rental assistance is targeted to those in need, but it doesn’t do much for those renters who have been able to stay afloat and employed throughout the pandemic. And one of the reasons some of them may have been able to stay employed was through the small business grants in 2020 that Evers wants to use much of the stimulus money for...and WisGOP is (somewhat) objecting to. It does look like WisGOPs agree with Evers that more money should go toward making broadband more accessible in more places in our styate.

In addition, Republicans in a Capitol news conference called for directing $500 million toward broadband expansion grants, more than double what Evers proposed in his budget, and helping seniors and long-term care facilities, though few details were shared about that point. Born didn't say whether the $500 million Assembly Republicans are calling for in broadband grants would be on top of an investment in the budget, saying only: "We would like to see a major investment in that area."

That's kind of a non-answer from Born as to whether WisGOP will use the help from Uncle Sam to avoid having the state step up their investment in broadband, but I don't think people will care much if they can get better Internet at home and cell service on the road. Adding money to long-term care and nursing home services is something Evers has already asked for in his health services budget. But the difference is that while the WisGOPs seem to have no issue with using federal money from one part of the stimulus to pay for this bill, they don't want to use another part of the stimulus bill to take expanded Medicaid that would pay for those same long-term care services and many other types of coverage, while saving Wisconsin taxpayers $1.6 billion over the next 2 years! Going back to property taxes, Evers should use the GOP's statements to call their bluff. Ask to use the extra funds for K-12 schooling to supplement a bump in state spending, and have half of those funds go to increasing school resources, while have the other half go to property tax relief. 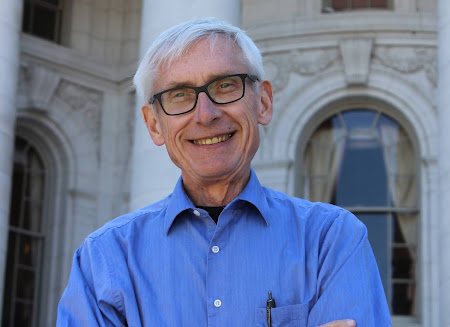 Not only does this offer property tax relief for Wisconsin homeowners (and likely in a less regressive way than WisGOP's plan), it can be part of a larger-scale reform where schooling and other local government duties are taken off of the property tax and onto more state funding via income and sales taxes. And because it is done by expanding state spending and more than revenue limits are expanded, I wouldn't thinkj it would violate the rule that keeps states from using the stimulus to lower taxes. Especially given that a lot of us can't write off property taxes on our federal taxes these days due to the GOP Tax Scam (screw you, Paul Ryan), Evers calling for property tax relief is a winner in multiple ways, especially among upper-middle class Wisconsinites who are a huge swing constituency these days. And it can be done by helping community schools which renters also use and benefit from, while making the GOP's offer seem gimmicky and short-sighted. SO DO IT!
Posted by Jake formerly of the LP at 7:42:00 PM