Lots of tax and spend choices left in Wisconsin, without a lot of money

While Governor Walker's pre-election proposals may have gotten the main part of attention in the last week, that doesn't mean they aren't the only taxing and spending bills the Legislature will take up at the end of this session. There are several bills that have bubbled up from the Legislature that will likely be taken up by Joint Finance in the coming weeks that also look to use the projected budget surplus for other needs.

For example, there is a family-related tax cut making its way through the Legislature that has gotten very little public mention, but could be used by hundreds of thousands of Wisconsinites. Instead of Walker's writeoff for all parents with children, this one is to help defray the expenses they take on when trying to pay the expenses of a family member that needs assistance. As the bill describes it, 50% of the following expenses can be paid back by the state, up to $1,000.

The improvement or alteration of the claimant's primary residence to enable or assist the qualified family member to be mobile, safe, or independent.

The purchase or lease of equipment to enable or assist the qualified family member to carry out one or more activities of daily living.

The acquisition of goods or services, or support, to assist the claimant in caring for the qualified family member, including employing a home care aide or personal care attendant, adult day care, transportation, legal or financial services, or assistive care technology. 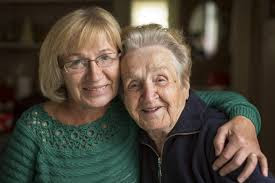 What about a tax cut for her?

The Wisconsin Department of Revenue analyzed the proposal, and said that despite the bill limiting the tax credit to single people that make $75,000 and married couples making $150,000, a notable amount of Wisconsinites would still be eligible to take this tax credit. And in fact, the caregiver credit it would give a larger tax break than the $122 million-a-year that would be sent out under Walker's child tax credit.

The AARP Family Caregiving and Out-of-Pocket Costs: 2016 Report, indicates that 78% of caregivers are incurring out-of-pocket costs as a result of caregiving, suggesting that about 363,000 individuals would be eligible for the credit under this bill. The report also indicates that out-of-pocket expenses reflect about 20% of the caregivers' income. A simulation using the 2015 individual income tax model, suggests that the average credit under these circumstances would reduce revenue by about $494 per claimant, or $179 million for 363,000 claimants. To the extent that the bill limits the types of expenses that qualify for the credit, the fiscal effect would be smaller.

This bill passed the Assembly Committee on Mental Health 12-0, and has been sent to the Joint Finance Committee, so let's see if it comes up when JFC next meets.

Om a related note, is also a bill going through the Legislature that would give extra support to foster parents, at a much smaller price tag of $400,000 of additional funding.

The Legislature's Joint Finance Committee is also due to take on a couple of other sizable tax credits when it next meets. One of those involves increasing the writeoff for the Historic Preservation tax credit from $500,000 to $3.5 million. This comes after Governor Walker reduced the cap for these Historic Preservation awards from $5 million per parcel to $500,000 with a veto in the state budget in September, complaining of the high cost of the credit.

The Historic Preservation Credit has been an increasing tool for economic development in the state, as the Legislative Fiscal Bureau says that $156 million in credits were contracted for in the first 3 years since the original cap on awards was lifted in 2014. In looking at the bill, the Wisconsin DOR says increasing the current cap from $500,000 to $5 million would certainly have a cost, but it's nowhere near as much as Walker's child tax credit.

Based on an analysis of rehabilitation projects contracted and/or certified by WEDC as well as the expected project completion timelines for rehabilitation projects in planning/construction phases, the department expects the increased credit cap to reduce revenue by $3.5 million in fiscal year 2019, $8.3 million in fiscal year 2020, and increasing amount annually thereafter, 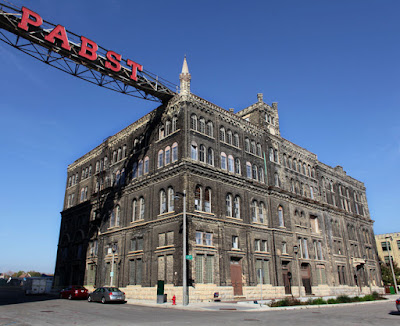 An example of a usage of Historic Preservation Credit.

Lastly, let's go over where we stand on “Talent Attraction Grants”, which are part of a Walker/WEDC effort to encourage post-college young adults and others to locate to Wisconsin. As the bill describes it-

The way the bill sets it up, $6.8 million would be sent out this year, with that pot of money available to be used in 2018 and succeeding years. Joint Finance will get their crack at discussing the bill soon, after it passed Senate and Assembly committees this week.

So now add this to the bills Walker wants to put in from the State of the State and his other pre-election posturing.

Which means that we can't afford at least $80 million from these bills alone, let alone other items that are being considered (notice that more funding for highways aren't even part of this equation?). The costs for these items would then continue for the next budget, which already has a structural deficit built in, so that would get higher, and you'd hope that fact is also considered.

Which makes it intriguing to see which of these proposals the GOP-controlled Joint Finance Committee pushes ahead with, and which ones die in these next 6 weeks. It'll speak volumes about the priorities these folks have, and how much they care about flexibility for future budgets.
Posted by Jake formerly of the LP at 11:54:00 AM