A few quick thoughts on Evers' budget proposal from last night (I haven't gone into the full document yet, but you can do so at this link ). I'm going off of this detailed rundown from Patrick Marley and Molly Beck in the Milwaukee Journal-Sentinel.

The first item is Evers' plan for the DOT, which he had largely kept under wraps until now. Evers would raise the state's gas tax by 8 cents a gallon, which the Legislative Fiscal Bureau estimates would raise $272 million a year, but theoretically Wisconsinites wouldn't pay more at the pump.

How? By doing something Republicans have asked for several years.

Evers’ plan would end the state’s minimum markup law that requires retailers in most cases to mark up the price of gas 9.18 percent above the average wholesale price. Gas stations are allowed to set prices below that level to meet competitors' prices.

Evers will use this extra money to reduce borrowing to $224 million in the budget, a whole lot less than we saw in the Walker years.

So Republicans should be OK with this, right? OF COURSE NOT. Here's Senate GOP Leader Scott Fitzgerald.

"Governor's willing to raise taxes 8 cents and then he's trying to convince everybody in the state that suddenly repealing minimum markup will put more money in their pocket? I just don't see it right now," [Fitzgerald] said. "The idea that he linked the two together is a little bit disingenuous."

How do you not see it, Fitz, unless you're admitting that gas stations will bank that in extra profit? But in reality, it's because Republicans just want to whine about things and stamp their feet like babies as opposed to dealing with issues. 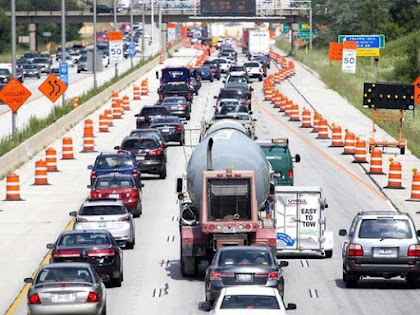 So how will this be paid for, Fitz?
There are a lot of things in this budget that are surprisingly progressive. In addition to Evers' already-promised move to get rid of the M&A tax cut for manufacturers who make more than $300,000, it also looks like Evers wants to get rid of a capital gains tax cut for people that make more than $100,000 (outside of family farms, which is still exempted). And I'll remind you, that this would be capital gains on stocks and assets that aren't in IRAs and 401k's, so you're dealing with a very small segment of ricer Wisconsinites.

The J-S article also mentions that Evers is looking to correct many of the GOP's moves to rig things in favor of themselves and their donors over the last 8 years.

Lame-duck laws. The budget would repeal most of the lame-duck laws Republican lawmakers approved in December that curbed the powers of Evers and Democratic Attorney General Josh Kaul.

Right-to-work law. Evers' budget would repeal the state's right-to-work law, which bars labor contracts that require all employees in a work unit to pay union fees. The budget would also reinstate Wisconsin's prevailing wage laws that until recently set minimum pay levels for those working on roads and other publicly funded construction projects.

And a ton more, which I'll get into in the coming months. I have no illusions that these proposals will survive the gerrymandered GOP Legislature - especially when they're responding with thoguhts such as these.

.@SenDarling had the most animated reaction to @GovEvers #WIBudget proposal: "Well wow, hold onto your hats! This is like back to the future, back to spending and taxes. We were so much on the right track … this budget puts us on the wrong track."

Taxes AND spending, Bertie? THE HORROR! Where did you think the money comes from, the confidence fairy in the sky?

I get that the GOP will likely TeaBag the whole budget and make up a pile of right-wing dreck for Evers to veto. But I like that Evers is going big and making the GOPs defend what they'll vote for in the coming months, and answer questions as to why they're choosing the positions of the rich and connected over the wishes of the majority of Wisconsinites.

The key is continuing the pressure long after today. GOPs have hate radio do this role for them, but Dems and other decent people are largely left to doing it on their own. So we have to bring the facts and the realities with force, and remind Wisconsinites that we deserve so much more than the underperforming mess that we have had imposed on us over the last 8 years. 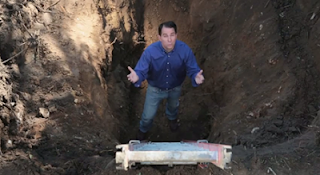