Wisconsin's Way once meant strong public schools. Not anymore, and we gotta bring it back

I noticed the recent report from the Wisconsin Policy Forum on school spending by the state’s preK-12 schools. And over the last 2 decades, lawmakers in this state have refused to keep up our investments in public education to an alarming level. 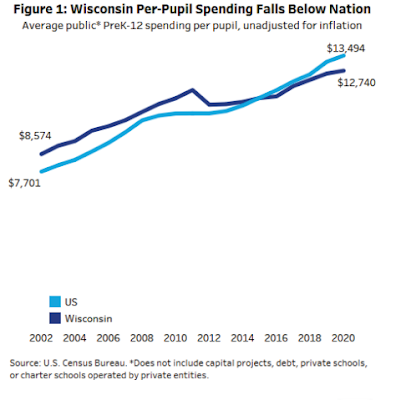 From 2002 to 2020, public PreK-12 school enrollment across the country increased by 1.8%. In comparison, Wisconsin’s enrollment declined by 3.8%. The state’s loss of students means that Wisconsin’s current per-pupil spending figures look better than they would if both state and national enrollment had held steady since 2002.

So Wisconsin does even worse compared to the rest of the US when you look at total resources spent overall on public education, with that number being at or even below the rate of inflation. Instead of staying economically competitive by improving education, wages and our work force, our state has generally decided to "increase competitiveness" in a different way over that time period.

The drop in the state’s per-pupil spending rank occurred over the same years that Wisconsin was reducing its tax burden, or the share of residents’ income paid in state and local taxes. From 2002 to 2019 (national figures are not yet available for 2020), this percentage dropped from 11.2% to 10.3% ....This drop of 0.9 percentage points may seem relatively insignificant, but it amounted to $2.59 billion less in state and local tax revenues collected in 2019 alone. State and local taxes are the primary funding source for PreK-12 public education in Wisconsin and nationally. For example, in 2019, state and local revenues funded 93.4% of Wisconsin’s school spending and 92.3% of the nation’s. In addition, PreK-12 education is the largest expense for state and local governments combined, both in Wisconsin and across the country. That relationship makes it difficult to hold down taxes without consequently limiting education spending. 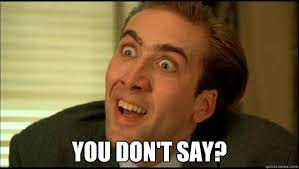 There’s a direct line in this relationship via the strict revenue limits from Republicans in the Legislature over the last dozen years, which restrict the amount of money that districts are able to raise via property taxes, as well as the amount of money public school districts can spend. Not surprisingly, this means that Wisconsin went from being above the national average for investing in its public schools to below it in less than 20 years.

Additional data from the Census Bureau’s school finance survey provide further context. In 2002, 4.8% of state personal income went toward current spending on public PreK-12 education (compared to 4.2% nationally). By 2019, that share had dropped by 1.15 percentage points to 3.6% of Wisconsinites’ personal income, a hair below the national average. (The latter also rounded to 3.6%, a drop of only 0.6 points from 2002.) As Wisconsin has lowered its relative tax burden for residents, one consequence has been less spending on [public] education compared to the rest of the country.

Sure, but how’s your ice fishing?

Florida is thriving under conservative reform. Wisconsin is next when I’m governor. https://t.co/DgWOUjaxqY

1. Most of those "rankings" come from 2019, and pretty much pre-dates DeSantis' "reforms". I'm guessing Fla won't look so good when those rankings get updated. 2. Hey Becks - we saw how this state floundered under your first round of GOP “reforms”, and how getting rid of the advantages we once had in public education and quality of life/services had us fall behind for job and wage growth. We sure as hell shouldn’t be looking to turn our state into a 3rd World Banana Republic(an) cesspool like Florida. Florida’s “use tourism and toll roads to fund stuff while de-investing in social services and let the rich get away with paying very little” isn’t a model that will work for anywhere long-term. And that’s especially true for a state like Wisconsin that’s 1. An icebox for several months and 2. In severe need of a growing work force. Instead, we have to rebuild us back into a high-quality of life place that people want to move to and raise families in. That includes ending the defunding of our community schools, disrespect of teachers and resentment of education that Republicans have done throughout the 2010s and 2020s. Add in the fact that stimulus funds run out in the next 2 years and huge resource constraints are set to return to our schools unless we change course, we need to bring back the Wisconsin Way that so many of us took pride in when we grew up here in the 20th Century. Which won't happen if GOPs are allowed to be in charge anywhere.
Posted by Jake formerly of the LP at 4:48:00 PM