Will it be a Happy New Year? Only if Dems stop believing things will work out

Well, here we are in 2021. Can't say I'm overly optimistic in the New Year, but it's here nevertheless.

I remember going into the 2020s by thinking "the 2010s were so awful, now we can come out the other side and recover to a better place!" Didn't quite work out that way. The only positive was Biden beating Trump, but even that is having its own share of issues, as I'll share below. The last 12 months have accelerated the worst aspects of the previous decade, where politics trumped (pun intended) any type of honest analysis and decision-making, and cronyism and spin was chosen over keeping people safe and healthy. It's the biggest reason why this pandemic is still slogging on with more deaths than ever, and with Trump now passing off the distribution of the vaccine to drug companies and the states, that's not running well either. Which is why Biden needs to hit the ground running as soon as he takes the oath of office. His first executive order should be to institute the Defense Production Act and centralize who gets the vaccines and where they go. It will send the clear message that containing and crushing COVID is the Number 1 priority in the nation, which has the added benefit of being true as people will not return to traveling and going out in large scale until the virus is under control. Of course, we gotta get to January 20 first, which is its own set of problems, as you can bet some GOPs in Congress will put up an obnoxious charade on Wednesday when the electoral votes get counted. These fascist jags never say that their own elections and vote totals that are suspect (even though most of the places with suspiciously higher vote totals in Wisconsin were red-voting areas with stagnant populations that Trump did even better in for 2020). No, it's always the votes of THOSE PEOPLE who have questions. If DC Democrats really wanted to put these lowlifes on the spot, they would refuse to seat any House Republican that has publicly said they would challenge the election's results, especially if they challenge the results of their own states (I'm looking at you, Tom Tiffany). Only allow them to take office on this condition - They must publicly admit that Joe Biden won the election, and that they apologize for calling those results into question on unfounded BS. Even then, give them a time-out until January 7, just to make sure. Too many Dems have been content to sit back and run out the clock until January 20 without forcefully pushing back on the destructive garbage that GOPs and their megaphones in media have been spewing. They've also done the same conflict-averse strategy on Trump's moves to fire competent people in charge of various federal agencies and put in hacks to shred documents and keep others quiet run those places for the last 2 months of his presidency, and hamstring Biden's effectiveness.

Biden has started to publicly call it out more recently, but it's not been enough. Donald Trump was defeated nearly 2 months ago. How has this lame duck been allowed to grab more power and screw things up even further? Instead, DC Dems cared more about funding the government and wasted weeks trying to get a half-assed stimulus in place instead of dealing with the 5-alarm fire that's going on inside the White House. Far too many DC Dems are so personally tied to their belief in "our system" and in "the proper way to act" that they refuse to admit that things are as broken as they are, and that they need to hit the Republicans hard for what they have done are continue to try to do. In 2020, too many still believe that being the adult in the room is something that is rewarded by voters, and I see zero evidence that has been true for the last decade. So many DC Dems still think "The West Wing" was a way to emulate being a politicians. But it's the rambunctious, "troublesome" outsider that understood the best way to treat these bastards. I'd add the words "racist, anti-democratic, whiny snowflakes" to what Ron Silver said, but you get the point. Allowing yourself to be hit while not hitting back, and not using the power the voters have given you just makes you look weak and ineffectual. That is not what voters are looking for in a time of major problems. They want action and results. This is what so many Dems miss in 2020 - they act as the party of stability and the status quo, but the status quo is failing. Look at the inequities in our economy, in who COVID has and has not hit, and how some groups of Americans are presumed guilty until proven innocent by law enforcement while others constantly break the rules, and not only don't get arrested, they benefit from it. In added money and in added power. This quote summed up the 2010s, but it applies in 2021 more than ever.

Someone, I can't recall who, asked recently in this space for single words that defined this past decade. I've thought about it for a bit and now offer my candidate: IMPUNITY.

Because of a self-serving memo written 47 years ago, prosecutors refuse to hold this criminal president and his associates accountable because...they get a safe space in the White House for the next 19 days to laugh at us from? DROP THE BOMB ON THESE BUMS, make TrumpWorld claim they are immune after the charges are in place, and make SCOTUS actually answer the question. That's what Republicans would do if the shoe were on the other foot, but too many Dems shrug, say "Them's the rules", and let things continue to get worse. As the 2010s taught us in Wisconsin and the Trump era taught us in DC, rules only matter if there are consequences for breaking them. And customs and laws exist until they don't. Republicans have spent the 2000s pushing the rules and changing the referees to make things more in their favor. Why shouldn't Dems be aggressive and do the same tactics FOR REASONS OF GOOD? Why shouldn't Dems go after misinformation outlets and make lying media accountable for the degrading outcomes of the posisonous, disprovable garbage that they push out into the world? Why shouldn't Dems demand that the rich and coporate give back some of the obscene gains they have made in the last 12 months while the rest of the nation has suffered unprecedented death and the loss of millions of jobs? Why do we let garbage GOPs walk away unscathed for propelling lies about our elections, and actually benefit from that outrageousness in the form of increased donations and media attention, instead of refusing to seat these pieces of trash, and publicly berating them on a daily basis for what they tried to pass off? Why isn't the Democratic Party of Wisconsin launching a full-scale assault of ads and billboards on Ron Johnson for being a traitorous tool, and sticking it in people's faces on a daily basis so it sinks in well before the 2022 election cycle that this guy is crooked and unfit? 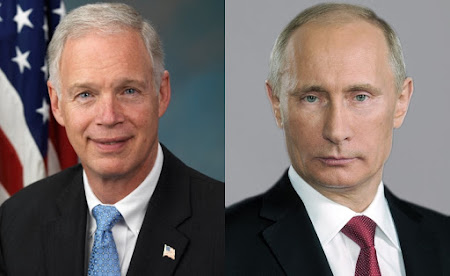 I have real fears that Biden in DC and Gov Evers in Madison still refuse to understand how depraved and awful the members of the other party have become, and that GOPs will not operate in good faith. Evil like that cannot be reasoned with, but must be CRUSHED, at least long enough so that the opposition learns that trying such shenanigans are even worse than accepting defeat. This guy knew how to deal with Confederates. 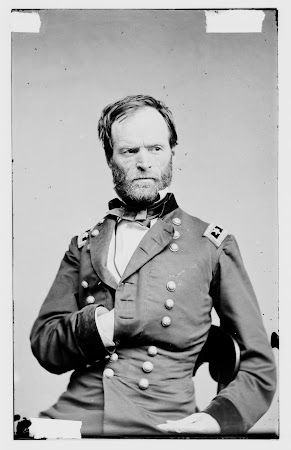 “I would not coax them, or meet them half-way, but make them so sick of war that generations would pass away before they would again appeal to it.”

If we don't take that attitude in 2021, and if we try to remain conflict-averse and believe in "stability over everything else". then I worry that our economy and our political system will remain stagnant, and that low-info voters will demand "something different." Which won't be the group that has Joe Biden, Tony Evers, Nancy Pelosi, or Chuck Schumer in power. And can you imagine how bad the GOP would be in the 2024 election if they actually ran swing states like Wisconsin? We are too far down in the hole to do nothing. 2021 has to be a year of action, or else things will become even worse. So it may be a New Year, but I'm far from Happy at this time.
Posted by Jake formerly of the LP at 11:00:00 AM