Now that it's tax filing season, the GOP's Scam is biting back

The middle of February doesn’t just mean a depressing weather scene, it also is when tax-filing season ramps up after Americans have received their W-2s for the previous year. And tax filing season is getting extra attention this year because it’ll be the first one that reflects the changes from the GOP’s tax bill, which was passed at the end of 2017 and took effect at the start of 2018.

Eric Levitz in New York magazine points out that the Tax Scam is “about to become a political disaster.” It stems from a calculus the Trump Administration and other Republicans made last year, where they thought the higher take-home pay would make voters happy enough so they could sneak by in the November 2018 elections.

But GOP operatives insisted that the “blue wave” on the horizon would crest long before November — because the Trump Tax Cuts were about to kick in. Once voters saw fatter paychecks, Republicans would see better poll numbers. And just to be sure that voters noticed all the good Paul Ryan had done for them, the Trump administration reportedly pressured the IRS to err on the side of withholding too little from Americans’ paychecks “so people will see big increases in their take-home pay ahead of this year’s midterm elections.”

This did not work out as planned. Even with (allegedly) light withholding, the the tax bill’s breaks for middle-class people weren’t large enough to attract much notice. Between changes in salaries, health-care premiums, and 401(k) contributions, most Americans didn’t detect much tax relief in their paychecks. The Trump Tax Cuts actually became less popular after they took effect. And, of course, Paul Ryan’s majority drowned in a blue wave. 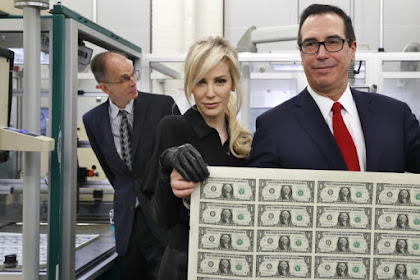 They get to keep their tax cut. You may not be so lucky.
The cynical part about the GOP’s strategy was that the literal payback of the lower withholdings would come after the elections, during this year’s tax filing season. And that is hitting tens of millions of Americans in the face.

Now, the bill for the GOP’s (reported) withholding shenanigans is coming due: The average American’s tax refund was 8.4 percent lower in the first week of 2019 than it was one year ago (under the pre-Trump tax code). And while Americans have trouble noticing tax changes when they’re dispersed across 12 to 24 separate paychecks, they do typically pay very close attention to the size of their refunds. About three-quarters of the country typically qualifies for a tax refund most years — and for many of those households, that check from the IRS is the largest lump sum they’ll receive all year.

“Ask people how much they paid in taxes, nobody knows. Ask them how much they got in their refund, people know,” Howard Gleckman, a senior fellow at the Tax Policy Center, told the Intercept’s David Dayen this week. “Everyone focuses on size of the refund, and it does affect perception.”

A big reason why many Americans are getting smaller refunds and/or having to pay back the IRS for the first time in several years is partly due to the smaller withholdings from last year. But it’s also partly due to changes in the Tax Scam that were intended to make it easier for people to file. The standard deduction was expanded to $12,000 for single filers and $24,000 for married couples filing jointly, which theoretically leads to a lower tax bill for many.

The problem is that in order to keep the Tax Scam from blowing an even bigger hole in the US budget deficit, certain deductions were limited and/or eliminated. And two items are hitting working and middle-class homeowners harder than others, especially if they don’t have children.

2. Personal exemptions. The increased standardized deduction will be welcome news for many households, but there's a catch: Personal exemptions have been eliminated. While not technically a deduction, the exemption allowed taxpayers to subtract $4,050 from their taxable income for each dependent they claimed, so eliminating it is a significant loss for families. The increased standard deduction helps soften the blow of losing personal exemptions, but it might not make up for it entirely, says Mark Jaeger, director of tax development for TaxAct, a provider of tax preparation software and services.

3. Unlimited state and local tax deductions. On this year's tax forms, deductions for state and local taxes – known as SALT deductions – are capped at $10,000. "That to me is the one (new tax code rule) that is going to impact middle class taxpayers the most," [Tampa accounting firm director Shaun] McClung says. It will particularly affect those living in states like California and New York, which both have above-average state income tax and property tax rates.

That limitation of SALT is going to nail a lot of Wisconsinites as well, given our system of making local governments rely on property taxes and having a low sales tax make up for our income tax.

What a nice going-away present from Wisconsin's own Paul Ryan!

Soooo punchable.
Combine that $10,000 limitation on SALT and the fact that Wisconsin’s relatively moderate cost of living limits the amount of mortgage interest needed, and many of us won’t reach $24,000 in deductions. So we’ll take the standard deduction, which is fine from a net tax standpoint, but it also means that the amount deducted from our paychecks are likely to be in line (or less!) than what should go to the IRS. So no tax refund either.

On a related note, I went to the IRS site with the filing stats, and the more interesting figures to me were not that people were getting smaller refunds, but these ones.

There are 2 reasons this may be happening. One is relatively benign, and simply reflects that people are starting on their returns later, and perhaps there was a bit of a hangup due to the government shutdown in January. That will correct over time.

The second reason would be very bad, as it would reflect fewer people getting refunds in general and having to write checks to the IRS. Those people would have no reason to file a federal tax return in early February, as why would you write a check before you had to in April? In fact, I can see a scenario where many Americans file their state return, get a refund from that, then file their federal taxes after the get their state money in the bank (raises hand).

If there are fewer refunds in general, then what does that do to consumer spending in the coming months, where the typical boost in the bank account isn’t coming? And does it artificially inflate tax revenues for this year, because of higher payments and higher withholdings from people who don’t want to pay again?

And even if the number and amount of tax refunds are on the average in line with previous years, the people getting them and the reasons why are quite different from recent history. I would bet a lot of refunds will be the result of stock market losses in 2018, especially in December. Those losses wouldn’t be something the average person would bank on for their withholding status, but it would reduce their overall income and the amount of tax they pay. So it gets made up with a larger refund.

The problem is that the type of person that has losses in the stock market that can be written off on their taxes (because they’re using “extra” money to gamble with, instead of tax-deferred IRAs or 401-ks), is also going to be richer and wealthier than many people who used to rely on the personal, SALT and mortgage interest exemptions to get refunds.

We thought the Tax Scam was a regressive mess that would explode the deficit, but I at least recognized that I'd be in line for a slight tax cut (or so I thought. My first look at our filing information indicates it might not have gotten us a thing). However, most people live their everyday lives and don’t spend time thinking deeply about tax decisions and changing the amount of money they have taken out of their paycheck, and they'll definitely notice if they have to write a surprise check.

Republicans lost a lot of ground in the suburbs among middle-class and upper-middle class voters in 2016 and 2018 due to Trumpism and other GOP idiocy. Now add in the impression of higher taxes and the diminishing of the benefits of home ownership, and we ain't seen nothing yet.

You wonder why Republicans are desperately (and dishonestly) trying to change the subject to abortion and Israel these days?
Posted by Jake formerly of the LP at 6:57:00 PM