The costs of the tax and budget cuts in the Age of Fitzwalkerstan are becoming apparent by the day. One example comes from this recent article from Wisconsin Public Radio, which includes an analysis from David Darling, who is UW-Madison’s administrator for Facilities Planning and Management.

Darling says that the Madison campus in particular has a lot of older buildings that are breaking down, and more money is needed to catch up.

Darling stressed the need for increased funding in his presentation to the Board of Regents and said UW-Madison needs an additional $21 million annually just to stop the growing backlog of maintenance projects. In total, however, the campus has approximately $1.5 billion of deferred maintenance.

"But that would just halt the growth of our deferred maintenance backlog," Darling told Wisconsin Public Radio.

In other words, it would take $21 million each year for UW-Madison to keep up with repairs.

"We have approximately $1.5 billion worth of deferred maintenance in aggregate," he said. 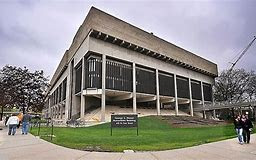 Dated, and in need of repair
And in light of this week's snowstorm, us in Madison have seen another major infrastructure breakdown due to a failure to keep things fixed up.

The eastbound Beltline ramp to southbound I-39/90 remains closed Thursday afternoon because of deteriorating road conditions discovered last night on the Interstate.

Significant delays are expected on southbound I-39/90 in the Madison area during this afternoon’s commute....

Emergency repair work on the southbound lane of I-39-90 just south of the Beltline exit is planned to begin this evening, according to the Wisconsin DOT.

Repairs are expected to be completed before the weekend, weather permitting. 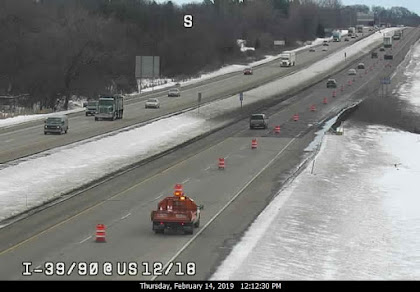 This is the same Beltline vs I-39/90 interchange that had work delayed on it due to Walker/WisGOP budget cuts, and the was the subject of a ridiculous pre-election proposal by a desperate Walker Administration to try to fix the heavily-traveled area on the cheap.

The department recently told federal highway officials it recommends rebuilding the I-39/90 interchange with the Beltline such that the northbound side narrows, through its core section, to two lanes.

The interchange overhaul, set to be completed in 2022, would be the final phase of a $1.2 billion plan to widen the interstate to three lanes each way from Madison to the Illinois state line.

Overhauling the interchange without expanding to three lanes in both directions — which would be the case north and south of the interchange — would crimp the flow of northbound traffic, causing “significant safety concerns,” said Craig Thompson, director of the Transportation Development Association of Wisconsin, a group of business, labor and local governments that advocate for more spending on roads, bridges and transit.

That's the same Craig Thompson who is new Governor Tony Evers' appointee to become the new DOT secretary that has to deal with getting the state's highways back to speed with less of these Scottholes.

And yet WisGOPs are still selling BS like this.

"And like any good family, we have paid down our debt – fully $1 billion less! Saving us $4 million per week in interest. And we’ve put money into our rainy day savings account. And yet, we are still running a surplus." --@RepMacco

Not in the DOT and the UW, Johnny. And it's pretty easy to have extra money when YOU DON'T PAY TO GET THINGS FIXED.

Now these dopes want to throw away $338 million on an unfunded tax cut while things are literally falling down? Given all of the problems and additional needs that keep becoming apparent, it'll be a stretch to find enough money to stop the bleeding as it is.