The emergency is to...take money from disaster and military aids?

I could discuss the merits of President Trump's "emergency" declaration to try to build more of a wall at the border, but besides the concerning tendencies toward fascism, what's the point? And after all, if Trump himself spent weeks threatening the move, and is admitting he could have waited on it, it's not an emergency.

I'd rather discuss what calling the emergency allows Trump to do. It lets the Trump Administration steal funding that had been set aside for other needs, and instead potentially use it for this stupid wall.


The administration has been eyeing several pots of money — including disaster funds, counternarcotic accounts and military construction dollars — to fund Trump’s wall, according to congressional aides and White House officials.

One possibility is shifting a portion of the $13 billion in disaster aid Congress approved last year for Puerto Rico and a dozen states, including California and Texas, hit hard by hurricanes, flooding and other disasters. The money funds Army Corps projects, and the Puerto Rico aid alone totals more than $2 billion. 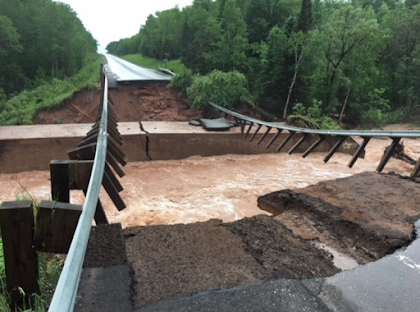 These are real emergencies to deal with.
Classy! Who needs rebuilding after natural disasters when you can create a disaster of your own through detention camps and scaring stupid shut-ins over something that doesn't isn't nearly the threat that severe weather is.

Where else could Trump try to raid money from? How about from the bases where our men and women in uniform stay ready against real threats.

A more likely option is the military construction account that’s used to upgrade bases and facilities.

Congressional aides said there is $21 billion available. That includes about $10 billion in funds from the current 2019 fiscal year that ends Sept. 30, and $11 billion remaining from the previous four years, said the aides. They spoke on condition of anonymity because they weren’t authorized to speak publicly about the funding details.

But tapping the military construction money also may hit resistance. The money often goes for improvements to housing, roads, hospitals and other facilities, and can be used to eliminate mold or other hazardous problems at military installations in congressional districts across the nation and around the globe.

Now, I don't mind the idea of repurposing money that isn't going to be used instead of spending new money. But there are needs that are going to be unmet as a result of this Trumpian vanity project, and there is no consultation with Congress regarding the reuse of this money.

And oh yeah, ignoring Congress when it comes to the president pulling money as he/she wishes has been found to be illegal for more than 40 years. Charles Tiefer foresaw this possibility of Trump impounding and/or changing the destination of funding in a Forbes column from September 2017. Tiefer notes that when Richard Nixon tried the same thing in the 1970s, he was shot down by the Supreme Court.

Trump could announce that he will leave congressionally appropriated funds unspent, a move that we have ti go back more than forty years to the Nixon administration to make sense of. Trump will be tempted to go this “express” route for the propaganda value of contrasting himself with the big bad allegedly “spendthrift” Congress. Moreover, from his perspective, by doing this loudly and expressly, he will direct attention to his asserted overall goal of making savings, rather than just toward his personal ideological goals of starving particular programs for funds.

However, President Nixon totally lost the battle of impoundments, creating a binding precedent. After Nixon announced the impoundments, Congress fought back by insisting on the appropriations. Nixon lost a pivotal Supreme Court case, Train v. United States. And, Congress enacted the Congressional Budget and Impoundment Control Act [in 1974]. This Act required him to submit any proposals for impoundments, defined as “rescissions” and “deferrals,” for Congressional votes. This is a statutory framework that has worked well for forty years. If Trump uses it, he will win few of those necessary votes. If Trump does not use it, he is operating outside the very well-established law. 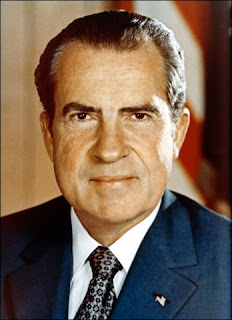 This Dick tried the trick, and it didn't work.
At the time, Tiefer pointed out that the Trump Administration could limit spending and move money around in other ways.

The second way is for Trump not to announce his cuts expressly, but to sneak them in by diverse ways. For keeping money unspent, the key agency is the Office of Management and Budget (OMB), and the management officials under OMB in each agency. The OMB Director, Mick Mulvaney, is a very savvy veteran of budget issues, and he will have management officials in important agencies who implement his directions. For this approach, the key is sophisticated work in the shadows. It includes taking heed of nuances between whether the appropriation provides that the funds “shall” be spent or just “may” be spent and asserting the power not to spend funds saying “may” because they are discretionary.

Another method is to “transfer” funds from one appropriation item to another one, which can be a big change that puts a whole program out of business. It may include “reprogramming” funds within an appropriation item, more fine-tuned than transfer, moving funding from one activity (allocation) to another. While this is a smaller change it can still starve some program that is out of favor.

So disaster funding and military infrastructure is "out of favor"? For something that is disfavored by the 2/3 of us that don't exist in the GOP's Bubble of BS? You go and try that one Donald.

In the meantime, there are other things that Dems in Congress can do to whack Trump with if he tries to go further with this fake emergency. In fact, it's probably being added to the already-long list of "high crimes, misdemeanors and court defeats" that this senile fool has on him.